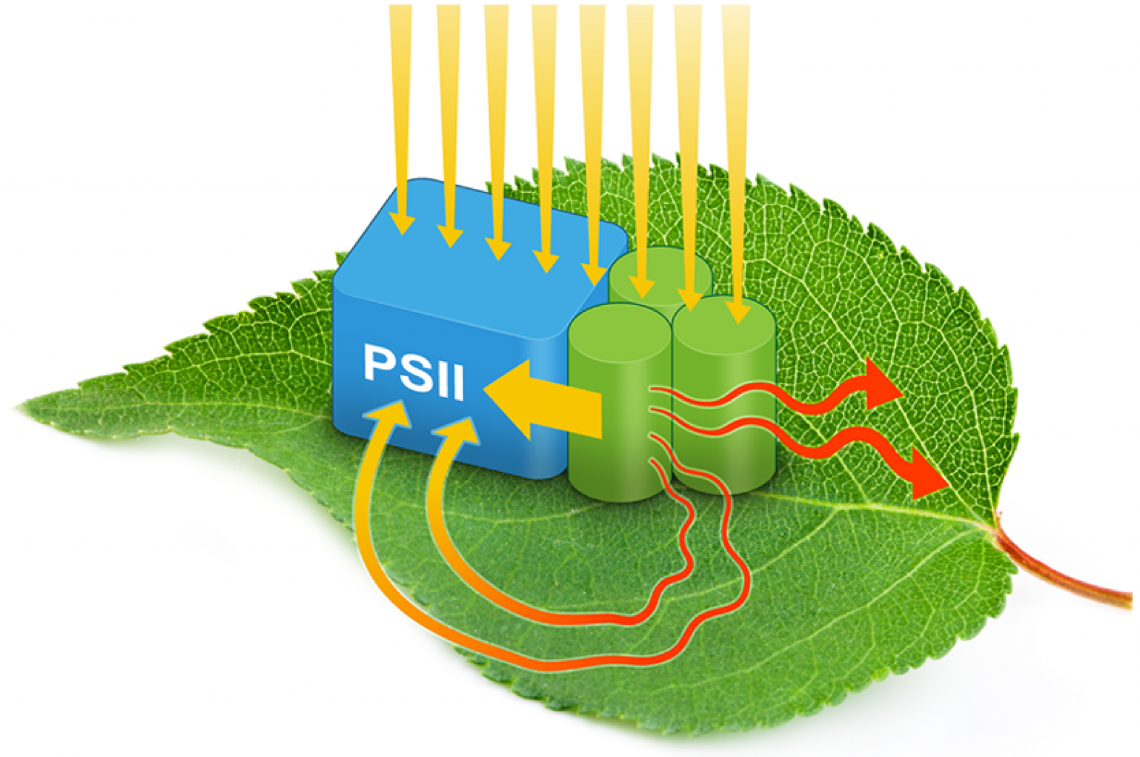 Photosystem II (PSII) converts light into chemical energy powering almost all life on Earth. The primary photovoltaic reaction in the PSII reaction center requires energy corresponding to 680 nm, which is significantly higher than in the case of the low-energy states in the antenna complexes involved in the harvesting of excitations driving PSII. Here we show that despite seemingly insufficient energy, the low-energy excited states can power PSII because of the activity of the thermally driven up-conversion. We demonstrate the operation of this mechanism both in intact leaves and in isolated pigment–protein complex LHCII. A mechanism is proposed, according to which the effective utilization of thermal energy in the photosynthetic apparatus is possible owing to the formation of LHCII supramolecular structures, leading to the coupled energy levels corresponding to approximately 680 and 700 nm, capable of exchanging excitation energy through the spontaneous relaxation and the thermal up-conversion.