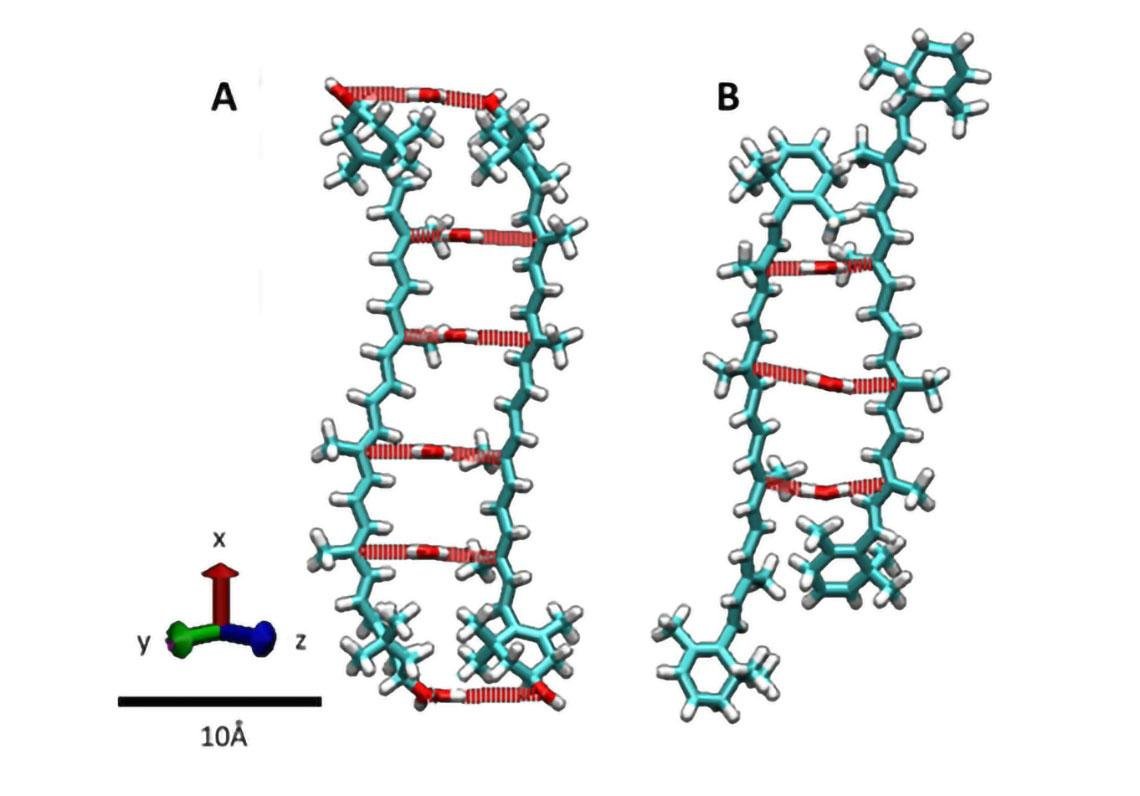 Formation of molecular aggregate structures of β-carotene and zeaxanthin, by means of evaporation from pigment solutions in organic solvent was studied with UV-Vis absorption, FTIR and resonance Raman techniques. Pigment solutions were prepared in CHCl3 and CCl4 both dehydrated and hydrated with trace amounts of water. Formation of the aggregated structures characterized by either strong-coupling (e.g. zeaxanthin in hydrated CHCl3) or weak-coupling (e.g. β-carotene in hydrated CHCl3) has been observed. FTIR analysis and molecular modeling showed that H2O molecules can be bound to the aggregated structures formed by zeaxanthin in the form of molecular bridges, predominantly between the terminal hydroxyl groups of adjacent molecules (stabilized by strong hydrogen bonds), but also between the polyene chains (by means of the π-type weak hydrogen bonds). Resonance Raman analysis revealed that the structures formed with the presence of H2O molecules are characterized by twisting of the polyene backbone. The effect of twisting is observed particularly in the case of zeaxanthin structures deposited from hydrated CHCl3 and is not observed in the case of the structures of β-carotene deposited from dehydrated CCl4. Involvement of water molecules in stabilizing aggregated structures of carotenoids is postulated.