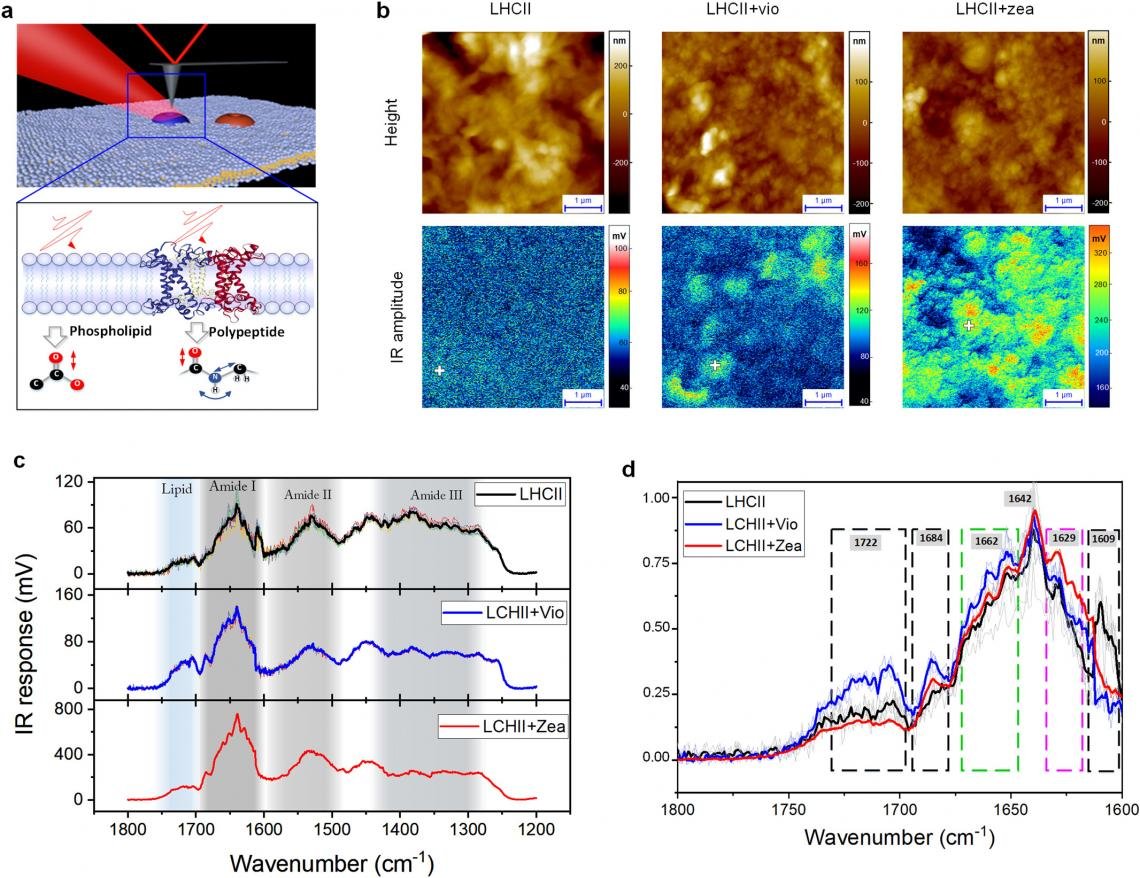 The xanthophyll cycle is a regulatory mechanism operating in the photosynthetic apparatus of plants. It consists of the conversion of the xanthophyll pigment violaxanthin to zeaxanthin, and vice versa, in response to light intensity. According to the current understanding, one of the modes of regulatory activity of the cycle is associated with the influence on a molecular organization of pigment-protein complexes. In the present work, we analyzed the effect of violaxanthin and zeaxanthin on the molecular organization of the LHCII complex, in the environment of membranes formed with chloroplast lipids. Nanoscale imaging based on atomic force microscopy (AFM) showed that the presence of exogenous xanthophylls promotes the formation of the protein supramolecular structures. Nanoscale infrared (IR) absorption analysis based on AFM-IR nanospectroscopy suggests that zeaxanthin promotes the formation of LHCII supramolecular structures by forming inter-molecular β-structures. Meanwhile, the molecules of violaxanthin act as “molecular spacers” preventing self-aggregation of the protein, potentially leading to uncontrolled dissipation of excitation energy in the complex. This latter mechanism was demonstrated with the application of fluorescence lifetime imaging microscopy. The intensity-averaged chlorophyll a fluorescence lifetime determined in the LHCII samples without exogenous xanthophylls at the level of 0.72 ns was longer in the samples containing exogenous violaxanthin (2.14 ns), but shorter under the presence of zeaxanthin (0.49 ns) thus suggesting a role of this xanthophyll in promotion of the formation of structures characterized by effective excitation quenching. This mechanism can be considered as a representation of the overall photoprotective activity of the xanthophyll cycle.