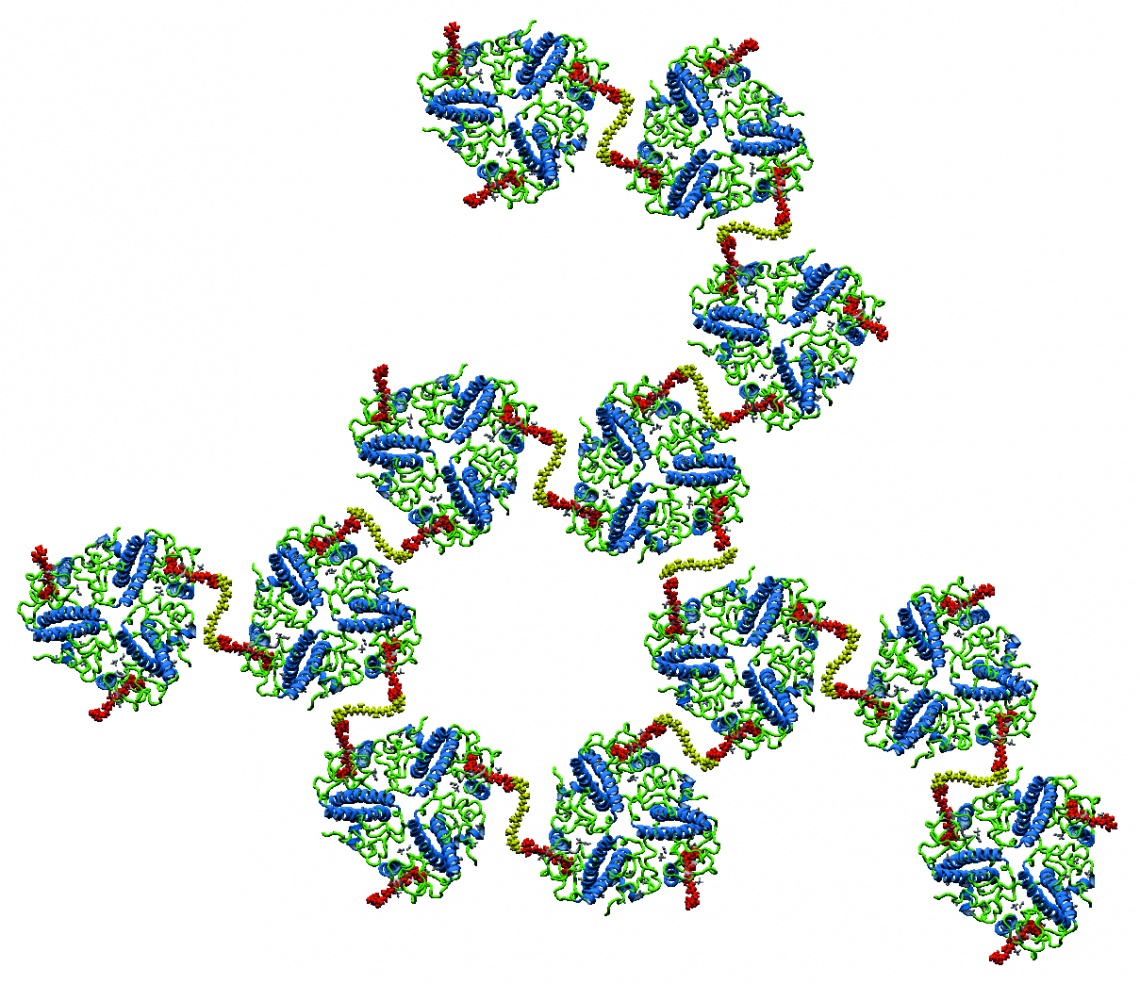 The effect of violaxanthin and zeaxanthin, two main carotenoids of the xanthophyll cycle, on molecular organization of LHCII, the principal photosynthetic antenna complex of plants, was studied in a model system based on lipid-protein membranes, by means of analysis of 77 K chlorophyll a fluorescence and “native” electrophoresis. Violaxanthin was found to promote trimeric organization of LHCII, contrary to zeaxanthin which was found to destabilize trimeric structures. Moreover, violaxanthin was found to induce decomposition of oligomeric LHCII structures formed in the lipid phase and characterized by the fluorescence emission band at 715 nm. Both pigments promoted formation of two-component supramolecular structures of LHCII and xanthophylls. The violaxanthin-stabilized structures were composed mostly of LHCII trimers while, the zeaxanthin-stabilized supramolecular structures of LHCII showed more complex organization which depended periodically on the xanthophyll content. The effect of the xanthophyll cycle pigments on molecular organization of LHCII was analyzed, based on the results of molecular modeling and discussed in terms of a physiological meaning of this mechanism. Supramolecular structures of LHCII stabilized by violaxanthin, prevent uncontrolled oligomerization of LHCII, potentially leading to excitation quenching, therefore can be considered as structures protecting the photosynthetic apparatus against energy loses at low light intensities.