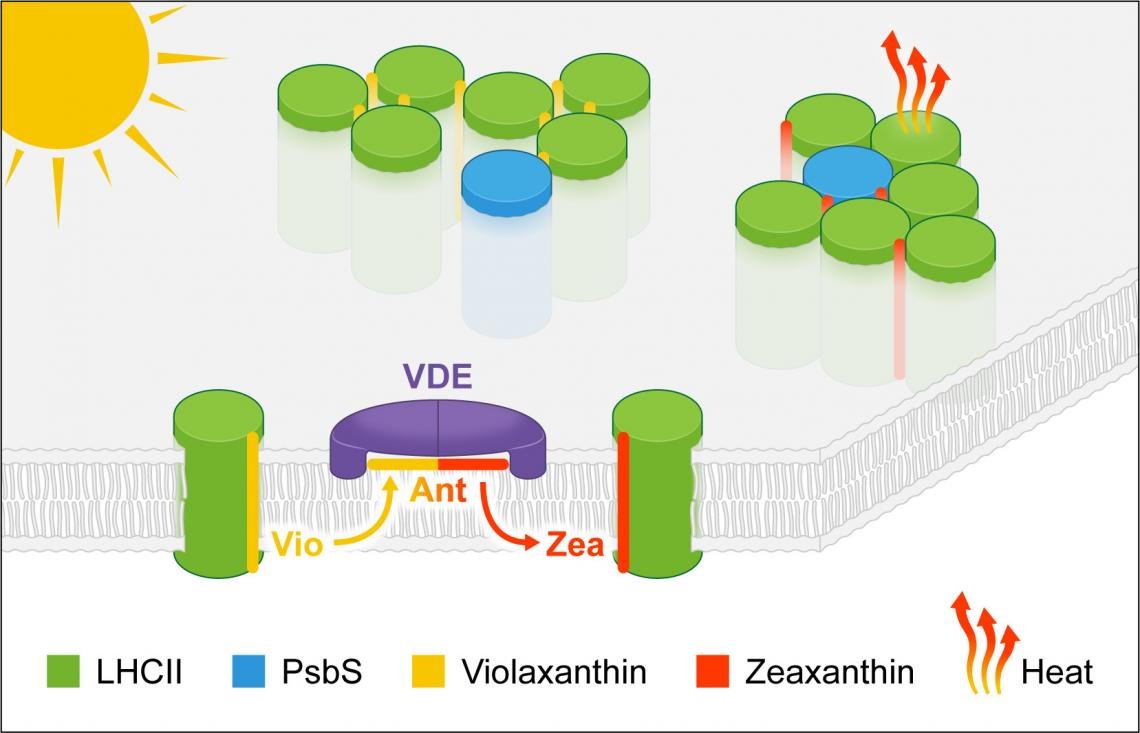 Safe operation of photosynthesis is vital to plants and is ensured by the activity of processes protecting chloroplasts against photo-damage. The harmless dissipation of excess excitation energy is considered to be the primary photoprotective mechanism and is most effective in the combined presence of PsbS protein and zeaxanthin, a xanthophyll accumulated in strong light as a result of the xanthophyll cycle. Here we address the problem of specific molecular mechanisms underlying the synergistic effect of zeaxanthin and PsbS. The experiments were conducted with Arabidopsis thaliana, using wild-type plants, mutants lacking PsbS (npq4), and mutants affected in the xanthophyll cycle (npq1), with the application of molecular spectroscopy and imaging techniques. The results lead to the conclusion that PsbS interferes with the formation of densely packed aggregates of thylakoid membrane proteins, thus allowing easy exchange and incorporation of xanthophyll cycle pigments into such structures. It was found that xanthophylls trapped within supramolecular structures, most likely in the interfacial protein region, determine their photophysical properties. The structures formed in the presence of violaxanthin are characterized by minimized dissipation of excitation energy. In contrast, the structures formed in the presence of zeaxanthin show enhanced excitation quenching, thus protecting the system against photo-damage.