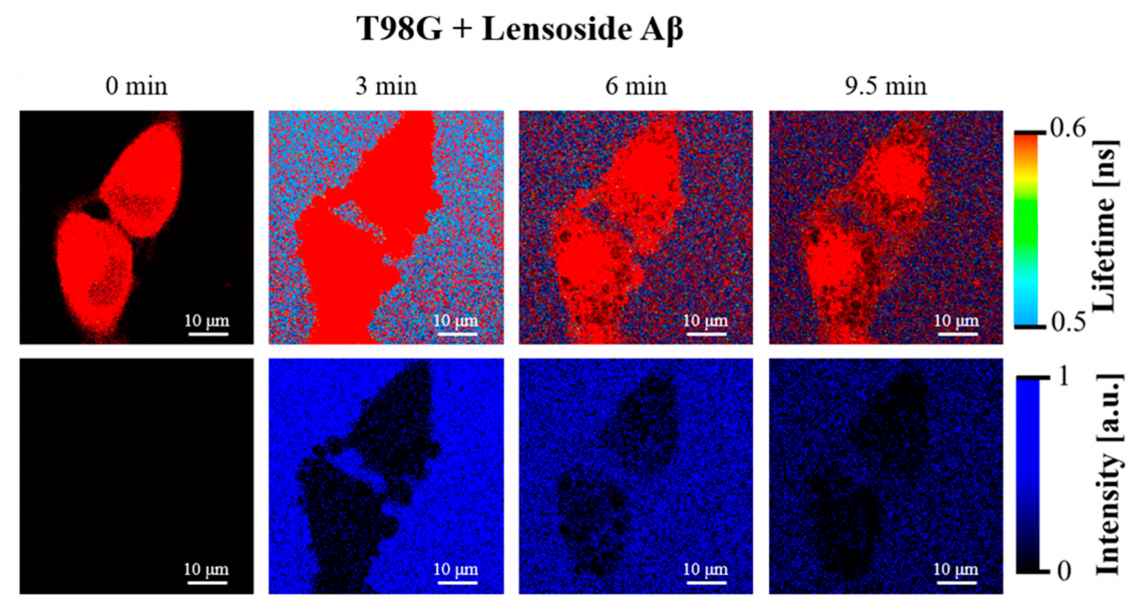 Aim: The anti-glioma effect of lensoside Aβ alone and in combination with sorafenib (pro-survival Raf kinase inhibitor) was evaluated for the first time in terms of programmed cell death induction in anaplastic astrocytoma and glioblastoma multiforme cell lines as an experimental model. Apoptosis, autophagy, and necrosis were identified microscopically (fluorescence and scanning microscopes) and confirmed by flow cytometry (mitochondrial membrane potential MMP and cell death). The expression of apoptotic (caspase 3) and autophagic markers (beclin 1) as well as Raf kinase were estimated by immunoblotting. The FTIR method was used to determine the interaction of the studied drugs with lipid and protein groups within cells, while the modes of drug action within the cells were assessed with the FLIM technique. Results: Lensoside Aβ itself does not exhibit anti-glioma activity but significantly enhances the anti-cancer potential of sorafenib, initiating mainly apoptosis of up to 90% of cells. It was correlated with an increased level of active caspase 3, a reduced MMP value, and a lower level of Raf kinase. The interaction with membrane structures led to morphological changes typical of programmed death. Conclusions: Our results indicate that lensoside Aβ plays an important role as an adjuvant in chemotherapy with sorafenib and may be a potential candidate in anti-glioma combination therapy.