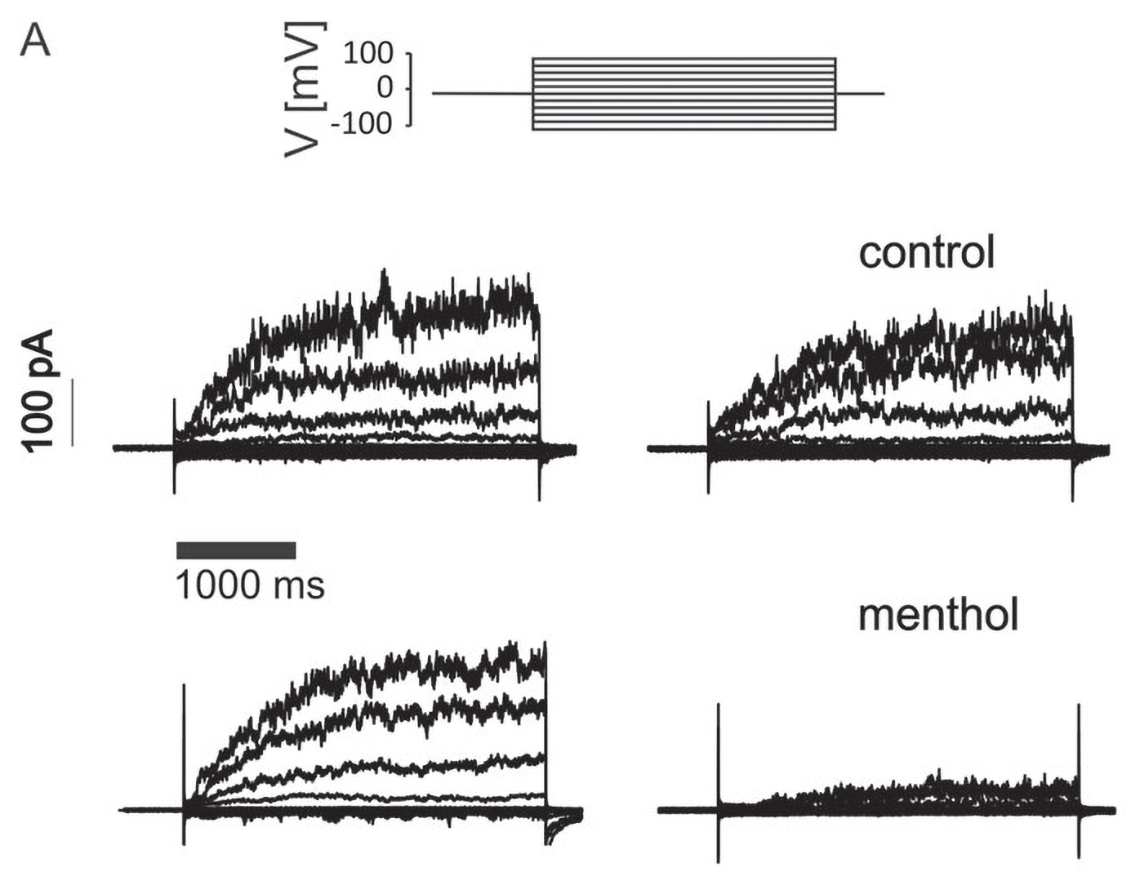 Our previous study has shown that the liverwort Conocephalum conicum generates action potentials (APs) in response to both temperature drop and menthol, which are also activators of the TRPM8 (transient receptor potential melastatin 8) receptor in animals. Not only similarities but also differences between electrical reactions to menthol and cooling observed in the liverwort aroused our interest in the action of menthol at the molecular level. Patch-clamp investigations have shown that menthol causes a reduction of current flowing through slow vacuolar (SV) channels to 29±10% of the initial value (n=9); simultaneously, it does not influence magnitudes of currents passing through a single SV channel. This may point to an unspecific interaction between menthol and the lipid phase of the membrane. An influence of menthol on lipid organization in membranes was investigated in two-component monomolecular layers formed with menthol and dipalmitoylphosphatidylcholine (DPPC) at the argon–water interface. Analyses of the mean molecular area parameters vs the molar fraction of the menthol component have shown over-additivity (approximately 20Å2) in the region of high molar fractions of menthol. Infrared absorption spectroscopy studies have shown that menthol, most probably, induces breaking of a hydrogen bond network formed by ester carbonyl groups and water bridges in the lipid membrane and binds to the polar head group region of DPPC. We conclude that the disruption in the lipid phase of the membrane influences ion channels and/or pumps and subsequently causes generation of APs in excitable plants such as C. conicum.