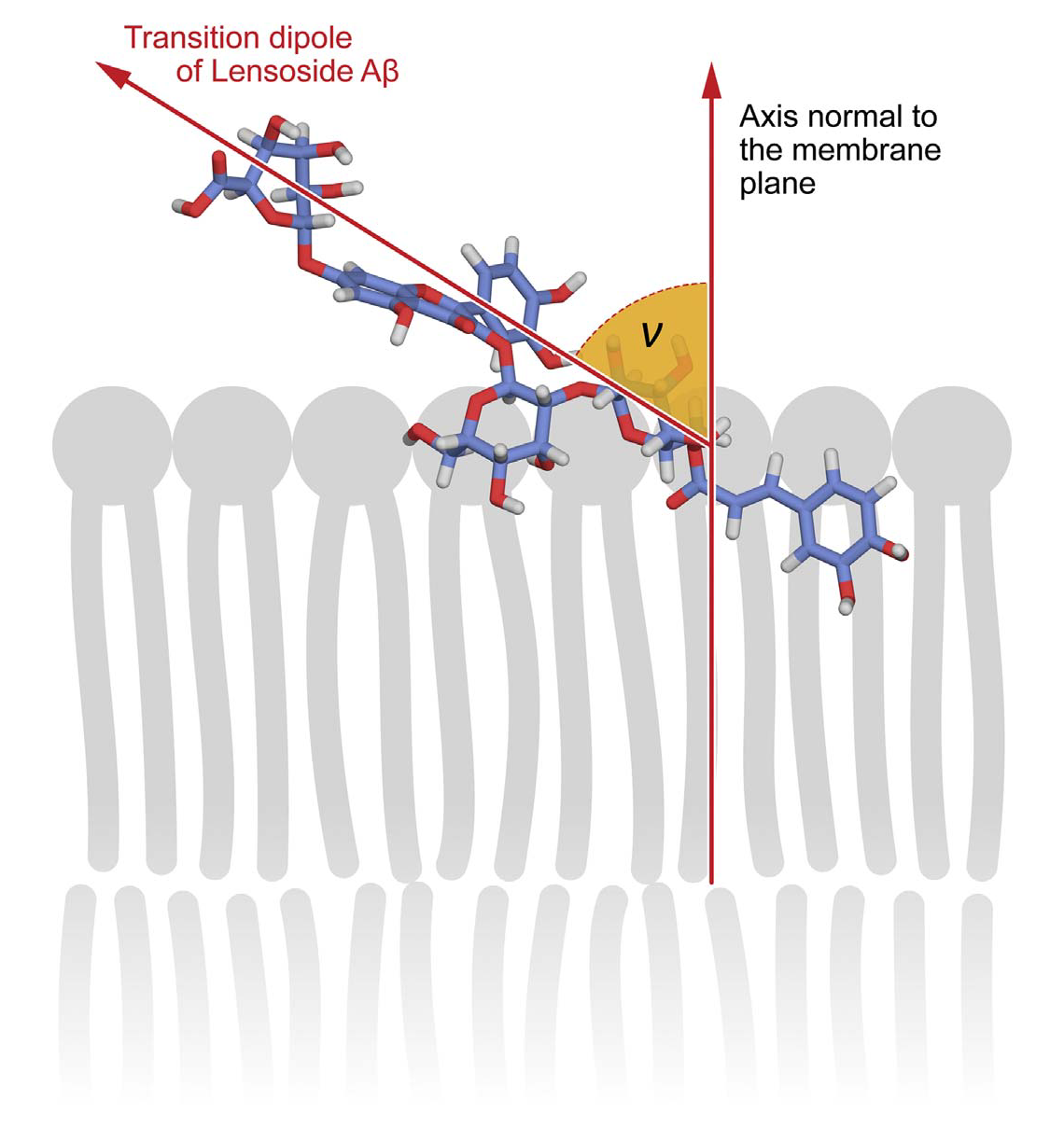 Lensoside Aβ, representing the flavonol glycosides, is a compound isolated from the aerial parts of edible lentil (Lens culinaris) cultivar Tina. This substance arouses interest because so far there is very little data about secondary metabolites isolated from the leaves and stems of this plant. Additionally, bioactive potential of flavonoids is directly coupled with the membranes as a primary target of their physiological and pharmacological activity. The aim of this study was to investigate the effect of lensoside Aβ on lipid membranes. Interaction of examined compound with liposomes formed with dipalmitoylphosphatidylcholine (DPPC) was investigated with application of FTIR spectroscopy and 1H NMR technique. Molecular localization and orientation of lensoside Aβ in a single lipid bilayer system represented by giant unilamellar vesicles, was also investigated with application of confocal fluorescence lifetime imaging microscopy (FLIM). FTIR analysis revealed that the tested compound incorporates into DPPC membranes via hydrogen bonding to lipid polar head groups in the PO2 group region and the C-O-P-O-C segment. Furthermore 1H NMR analysis showed ordering effect in both the hydrophobic alkyl chains region and the polar heads of phospholipids. FLIM investigation has revealed roughly parallel orientation of its molecules in the membranes. This suggests that one of the possible physiological functions of this flavonol could be screening a cell against short-wavelength radiation.