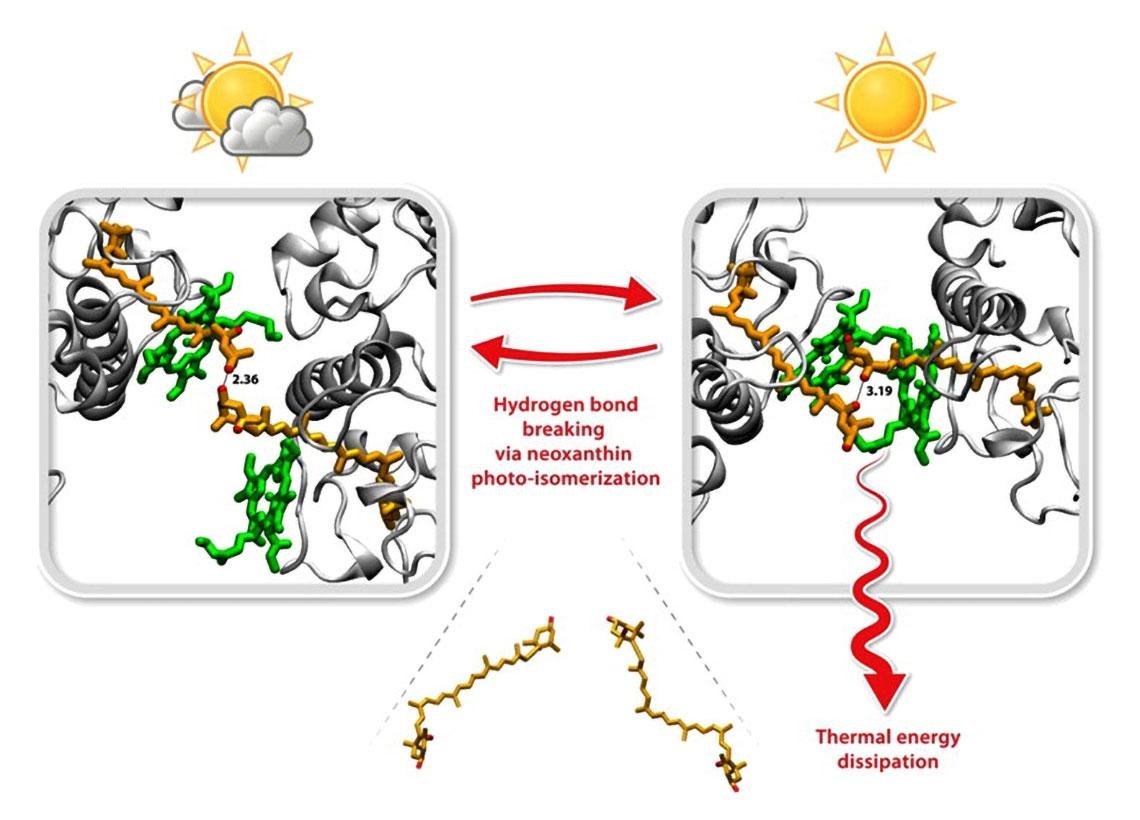 Overexcitation of the photosynthetic apparatus is potentially dangerous because it can cause oxidative damage. Photoprotection realized via the feedback de-excitation in the pigment-protein light-harvesting complex LHCII, embedded in the chloroplast lipid environment, was studied with use of the steady-state and time-resolved fluorescence spectroscopy techniques. Illumination of LHCII results in the pronounced singlet excitation quenching, demonstrated by decreased quantum yield of the chlorophyll a fluorescence and shortening of the fluorescence lifetimes. Analysis of the 77 K chlorophyll a fluorescence emission spectra reveals that the light-driven excitation quenching in LHCII is associated with the intensity increase of the spectral band in the region of 700 nm, relative to the principal band at 680 nm. The average chlorophyll a fluorescence lifetime at 700 nm changes drastically upon temperature decrease: from 1.04 ns at 300 K to 3.63 ns at 77 K. The results of the experiments lead us to conclude that: (i) the 700 nm band is associated with the inter-trimer interactions which result in the formation of the chlorophyll low-energy states acting as energy traps and non-radiative dissipation centers; (ii) the Arrhenius analysis, supported by the results of the FTIR measurements, suggests that the photo-reaction can be associated with breaking of hydrogen bonds. Possible involvement of photo-isomerization of neoxanthin, reported previously (Biochim. Biophys. Acta 1807 (2011) 1237-1243) in generation of the low-energy traps in LHCII is discussed.