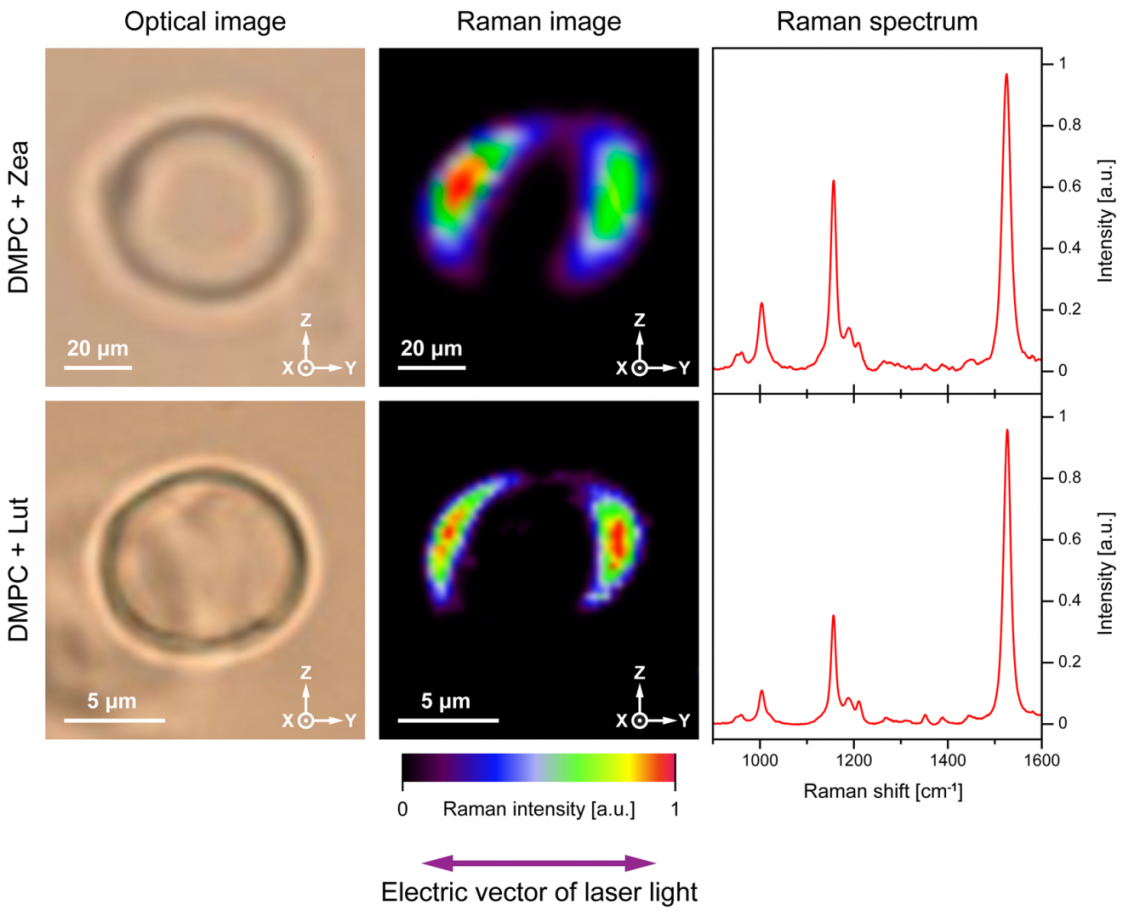 Xanthophylls (polar carotenoids) play diverse biological roles, among which are modulation of the physical properties of lipid membranes and protection of biomembranes against oxidative damage. Molecular mechanisms underlying these functions are intimately related to the localization and orientation of xanthophyll molecules in lipid membranes. In the present work, we address the problem of localization and orientation of two xanthophylls present in the photosynthetic apparatus of plants and in the retina of the human eye, zeaxanthin and lutein, in a single lipid bilayer membrane formed with dimyristoylphosphatidylcholine. By using fuorescence microscopic analysis and Raman imaging of giant unilamellar vesicles, as well as molecular dynamics simulations, we show that lutein and zeaxanthin adopt a very similar transmembrane orientation within a lipid membrane. In experimental and computational approach, the average tilt angle of xanthophylls relative to the membrane normal is independently found to be ~40 deg, and results from hydrophobic mismatch between the membrane thickness and the distance between the terminal hydroxyl groups of the xanthophylls. Consequences of such a localization and orientation for biological activity of xanthophylls are discussed.